Blog | Extreme weather in Europe – the shape of things to come?

The summer of 2022 may change everything in terms of how we think about traditional agriculture in Europe. Record temperatures and reduced precipitation across the continent have resulted in a drought never before recorded at these latitudes. But all is not lost. Companies and research institutes working in controlled environment agriculture are constantly developing innovations to mitigate the effects of climate change. Vertical farming offers a resource-efficient part of the bigger solution. 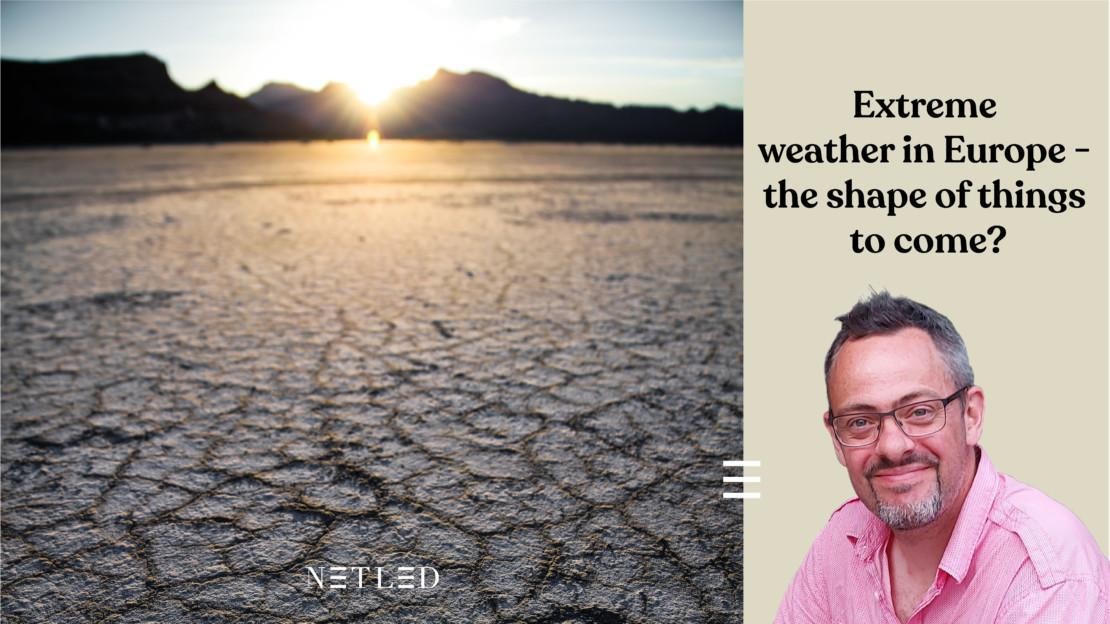 Drought in Europe is not something I thought I would ever have to write about.

For those of us who live in Northern Europe, especially the Nordic region, we don’t tend to think of drought as being a problem we have to deal with. Here in Finland, for example, access to water is not an issue.

Temperature is a different thing. Empirical evidence alone shows that winters are milder and summers are hotter, you only have to open your door to understand that. This assumption, however, is backed up by hard science. The European Environment Agency, whose job it is to provide sound and independent information on the environment, has the data to show that the global annual temperature has been rising steadily since the end of the 19th century. According to that data, the global annual temperature has been increasing at a particularly high rate since the 1970s.

Over the past years, the continent of Europe has had to contend with increasingly hot summers. In fact, according to the data, the last seven years have been the warmest on record. Indeed, the UK recorded its highest ever temperature of 40.3 degrees Celsius on 19th July 2022, with other countries in Europe also reaching record-breaking temperatures during the month of July.

The highest level of warming is projected to take place across north-eastern Europe, northern Scandinavia and inland areas of Mediterranean countries.

It seems I will be writing about drought more often than I thought.

But doesn’t more moisture in the air mean more rainfall?

Well, yes. But the issue is where that precipitation falls. A study in the Journal of Climate on Human Influence on Seasonal Precipitation in Europe suggests a shift in the precipitation patterns across Europe could possibly result in drier seasons in the Mediterranean basin and wetter over the rest of the continent. So not only does Southern Europe get hotter, it also gets drier. Could this be what we are starting to see now in Northern Italy and even north of the Alps along the Rhine?

For the layperson, it’s easy to think that these events are just one-offs and that a wet autumn will solve the problem. We’ve had hot and dry summers before and the rivers have refilled later in the year.

But therein lies the problem; these previous hot and dry summers have an accumulative effect that we are only beginning to see now. According to Professor. Dr. Jost Borcherding, Adjunct Professor for Animal Ecology at the University of Cologne, Institute for Zoology, as quoted in Helsingin Sanomat (in Finnish), any rain at this point won’t help at all.

Any rain that does now fall will not make it down to the water table as the surface of the ground is too hard and dry. It will run straight off and into the rivers, not refilling them, but causing them to swell rapidly and uncontrollably, as was seen in the devastating floods in Germany and Belgium in 2021.

If the Mediterranean basin continues to get hotter and drier, and Northern Europe continues to get hotter and wetter, the likelihood of extreme weather events related to these trends is likely to increase. This means that we are likely to see more floods like those in Germany and Belgium, more drought in areas like Italy’s agricultural heartland along the Po river, and more wildfires.

The summer of 2022 is set to be record breaking in that aspect too.

According to statistics from the European Forest Fire Information System (EFFIS), wildfires have already burned over 660 000 hectares (6600km2 ) of land in Europe by early August.

The worst year on record for wildfires in Europe was 2017 when by mid August about 420 000 hectares had been burnt. The wildfire season in Europe normally runs from June to September, which means that this year could well set a new record.

Vertical farming is part of the solution

So what can we do?

If the weather is unpredictable and making things difficult – remove weather from the equation.

Open-field agriculture has always been and will continue to be at the mercy of the elements. Greenhouse growing is a very successful way to protect certain crops from the outside environment as well as extending the growing season at either end of the year. However, they are both very resource-intensive and weather sensitive.

In Europe, Spain and Italy are the largest producers of lettuce with Spain dedicating over 350 km2 of arable land just for growing lettuce (in Spanish), 160 km2 in the Spanish region of Murcia alone.

Lettuce is big business: Spanish exports of lettuce in 2019 totalled €721 million. So any threat to that production should be taken very seriously indeed. The current drought and extreme temperatures in Spain and beyond are precisely that threat.

The optimum temperature for growing lettuce is 16 – 18 degrees Celsius. Anywhere above 24 degrees Celsius and yields begin to drop. Temperatures in Spain have consistently been above this for weeks on end with extremes of 45 degrees in some parts of the country.

Lettuce also requires a significant amount of water to grow optimally. In open-field production, the amount of water depends naturally on the temperature, but on average it takes about 60 litres of water to produce one kilogram of lettuce. The ongoing drought in Southern Spain has resulted in water levels in reservoirs of the Guadalquivir, Guardiana and Guadalete-Barbate river basins dropping to 23.1%, 25.3%, and 26.3% of their capacity respectively. Water is a very scarce resource and its use has been restricted in many parts of Spain and indeed many other countries.

In stark contrast, in our Vera® vertical farms, it takes 1.5 litres of water to grow 1 kg of lettuce. The temperature, humidity, and ventilation are all perfectly controlled resulting in constant ideal conditions for the plants. With our technology, we could produce the same amount of lettuce as the whole of Spain with just 35 hectares of vertical farms – and none of it needs to be on arable land.

Think about that for a moment.

When we remove the weather from the equation, we also remove much of the risk.

In addition, the arable land freed up by moving lettuce production indoors could be used to grow heat-tolerant and higher-calorie crops such as sweet potato, egg plant, zucchini, and protein-rich crops such as soybean, common bean, chickpea, etc.

Not just a European problem

Europe may be warming faster than other parts of the world, but climate change is affecting every corner of the world. Key agricultural areas in the US such as California and Arizona have been in drought for years, in fact the “Western Megadrought” is the worst drought in southwestern North America in 1200 years, and China is currently experiencing its worst drought on record.

The statistics speak for themselves: the climate is changing at an unprecedented pace. As a result, agricultural practices as well as what crops we grow and where will have to change with it.

We’re ready for that change. 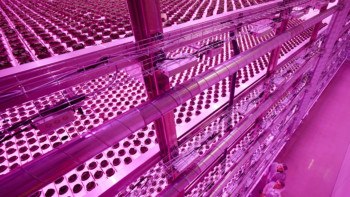 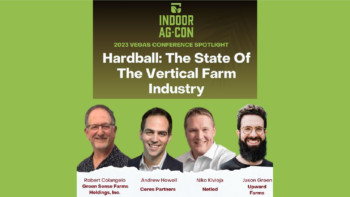 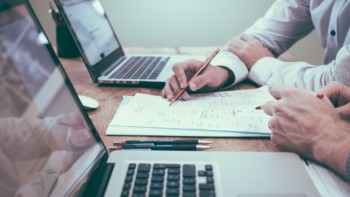