Netled hosted a discussion on the role of vertical farming in the current political context in Finland from the environmental and security of supply point of view at SuomiAreena, Finland’s largest social festival, held in Pori on 11 – 15 July. Organized by MTV, a major Finnish television network, and the City of Pori, the festival is free to the public.

SuomiAreena, Finland’s largest social festival, was held in Pori on 11 – 15 July. Organized by MTV, a major Finnish television network, and the City of Pori, the festival was free to the public.

Netled hosted a discussion on the role of vertical farming in the current political situation in Finland from an environmental and security of supply point of view.

The themes for this year’s festival were: the climate, environment and nature, and sustainable development; security of supply, energy, food, security and internationality; health and wellbeing; and work, entrepreneurship and the economy. Over 180 different organizations, companies, associations, parties and experts participated in the festival.

The festival was livestreamed on MTV, a major television network in Finland.

Netled hosted a panel discussion on stage at Pori City Hall on Thursday 14th July 11.00 – 11.45. Netled CEO, Niko Kivioja, was joined on stage by Lauri Reuter, Founder and Partner at Nordic Foodtech, Hannu Kottonen, professional board member and veteran of the grocery industry, and Titta Kotilainen, Senior Scientist at Natural Resources Institute Finland, to talk about the role of vertical farming in the Finnish political context – the environmental effects and security of supply.

Recent global events from the COVID-19 pandemic to the war in Ukraine have made access to food increasingly difficult and food prices have risen as a result. The Chairman of The Central Union of Agricultural Producers and Forest Owners (MTK), Juha Marttila, estimates that there could be a food shortage in the poorer EU states already this winter as a result of the high food and energy prices. In Finland, too, not everyone will necessarily be able to buy sufficient food. At the same time, Finland has made carbon neutrality by 2035 the goal of its national climate policy.

In any completely controlled environment, vertical farming saves water, energy, and logistics emissions to the extent that the carbon footprint can be remarkably smaller than in traditional greenhouse growing. For the same amount of surface area, the production volumes are higher.

What role does vertical farming play in Finnish food production now and in the future when it allows us to grow lettuces, herbs and berries, as well as higher protein and higher calorie grains and oils and also animal fodder?

The live discussion in Finnish on MTV Katsomo. 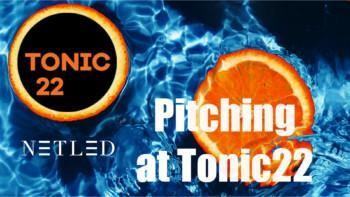 The CEA council will focus on opportunities available within the growing market and consists of producers, retail and foodservice buyers, and business solution providers.
News 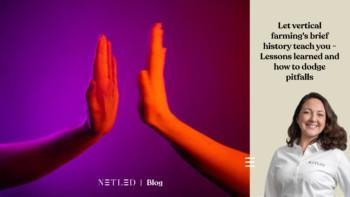 What lessons can a new vertical farm operator or investor learn from the journey the vertical farming industry has taken so far? Don’t try to do it all yourself. Partner with established technology providers who can relieve you of the burden of creating the ideal growing environment, leaving you to focus on building a profitable brand.
Blog